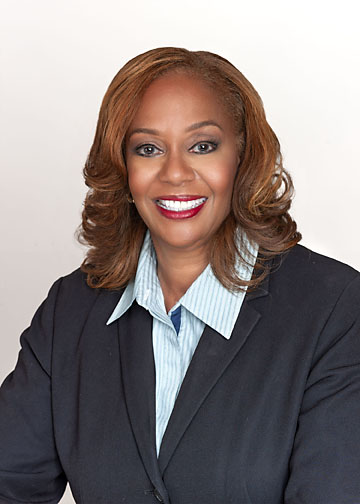 Leslie Hairston is running for her sixth term as alderman of Chicago’s 5th Ward.  Winning her first election against an incumbent in 1999, she is poised to become the longest serving alderman to represent the diverse South Side ward—surpassing her political mentor Leon Despres.

A politician and attorney, the Chicago native is a fierce community advocate with deep roots in the South Shore and Hyde Park neighborhoods. Hairston sits on six city council committees.  She is vice chair of Economic, Capital & Technology Development and a member of Finance; Budget & Government Operations; Committees, Rules & Ethics; Health & Environmental Protection; and Special Events, Cultural Affairs & Recreation.  She also chairs the council’s Black Caucus Sub-committee on Business and is a member of the Chicago City Council Progressive Reform Coalition.

It is her experience as an attorney that has helped to shape her attention to detail.  A gift Hairston will need more than ever as she seeks to balance the construction of the Obama Presidential Center and the potential gentrification of the 5th Ward that could threaten the displacement of long time residents. Fortunately, Hairston has a long history of balancing infrastructure improvements, business development, and initiatives to enhance ward residents’ safety, security and quality of life.  Most recently, construction of the Sophy Hotel in Hyde Park, and Solstice on the Park, which took 12 years to complete, because of the 2008 recession.  On the drawing board are a new grocery store, a movie theater and several casual dining restaurants.  Hairston also joined other aldermen to demand a more diverse workforce on the recent $8.5 billion O’Hare International Airport expansion passed by the City Council earlier this year.

Hairston oversees many notable cultural and natural assets, including the lakefront, Jackson Park, the Museum of Science and Industry, and the University of Chicago.  She takes particular pride in developing new institutions through partnerships between the community, business and government – such as preserving and refurbishing the South Shore Cultural Center and culinary school, or creating the Gary Comer Youth Center and high school in Greater Grand Crossing.

Hairston’s reputation for principled positions extends beyond her ward—which is known for its history of independent, progressive politics.  She was among the handful of aldermen who did not support the sale or lease of such city assets as parking meters. She also voted against speed camera and fought ordinances that disproportionately burdened lakefront condominiums with requirements for sprinkler systems and façade improvements.  In 2008, she accepted the challenge to live on $21 in food stamps for a week, leading her to sponsor city legislation expanding use of the Link card to purchase fresh produce.

A strong litigator, Hairston previously served as assistant attorney general for the state of Illinois and staff attorney and special prosecutor for the State’s Attorney’s Appellate Prosecutor’s Office, where she argued before the Illinois State Supreme Court.  An active member of the Illinois State Bar Association, she serves on its Real Estate Law section council.

Hairston is heavily involved in professional, legal and social service activities, such as the Illinois State Bar Association, Friends of the Park, Kaleidoscope Inc., and the Alpha Kappa Alpha Sorority Inc.  She is proud of her work with youth-based initiatives, which reflects her mother’s career as a CPS teacher and principal for 43 years.  Hairston’s father was an entrepreneur, who was one of the first black McDonald’s owners on the city’s South Side.  He also owned the Avenue Lounge in Woodlawn.